This year’s CTM festival made a point of challenging some of the long-held conceptions around Berlin and its musical legacy. The festival brought together artists from across the globe to showcase the sprawling impact that the city has had on global music and the myriad external influences on the city, too. In one memorable performance, Japanese duo group A played to a crowd of stunned on-lookers in the sweaty main room of the renowned Berghain. Typically home to cold, high-sheen techno, group A reappropriated the venue for their own devices, blaring discordant violins and deafening screams. Sonically, group A draw upon the darker side of sound: jarring juxtapositions of tone, incomprehensible shouting and metallic production style all feature heavily. They also carry with them an unmistakable visual identity. Their live shows almost always involve some form of theatricality, from semi-naked body painting on step-ladders to experimental costume design. Last month, we caught up with Tommi Toyko and Sakaya Botanic from the band to talk about the release of their latest album, Brutalist architecture, and the Pacific war.

2015 seems to have been quite pivotal in the progression of group A.

Tommi: The busiest year of my entire life. Never worked so hard before, I got maybe like 3 hours sleep each night for the whole year. I was at design college and had a graduate exhibition in the spring. I took a photography course on my final year, so the first quarter of 2015 I spent the majority of my time taking photographs of Brutalist architecture and developing them in the dark room. After the graduation we decided to tour in Europe as thats one thing we couldn’t have done because of my college. We had a small tour in May, and a big tour in September through the end of October. Between those two tours we made our latest album.

Sayaka: Yeah, last year had so many chapters. We traveled a lot, played in so many places we’d never been or ever imagined to be, and we have met many people who opened the new paths to us. As for myself, I was lucky enough to have many chances to join improv sessions with many kind of musicians and see an alternative way of exploring myself as a violinist, it has had quite large effect on group A I believe.

I saw you play at Berghain the other day. How was that? Was really refreshing to hear some different instruments in that space!

Tommi: As our first show after we moved to Berlin, it couldn’t have been better than that. Felt welcome. Berghain is the first club we’d ever been to in Berlin, many many years ago. It was before we started getting involved with making music. Never ever imagined I’d play there…

Sayaka: Amazing sound system as you could imagine, especially the low end… you could actually feel the vibration on the stage. I’ve learnt a lot from the show, how I need to create the sound in a big venue and for a big crowd.

I read that you wanted to move to Berlin because it was too hard to live as a musician in London and Tokyo. Is the city living up to your expectations?

Tommi: That’s basically the biggest reason why we moved here. We worked on group A a lot in the last 4 years in Tokyo, and thanks to everyone who have supported us, we kept on growing and got busier and busier. But we were still making almost no money then. This kind of music is very underground in Japan and it could never become a business. After two European tours last year we felt like we have reached the point where we needed to move to somewhere else where we could find the time to concentrate on music. There was no other way of continuing what we were doing, really.

Sayaka: As Tommi mentioned, it is extremely difficult to make your own living as a musician in Tokyo unless your parents are rich or something. Even though some pop musicians won’t be able to make it. You have to have another whatever-part-time-job and make music in spare time. When I started group A in 2012, I was working full-time and let out all the stresses from weekdays at group A shows and rehearsals… which was actually a good start of us to be honest, but you just exhaust yourself and lose your creativity at the end. So we made a great decision we believe! 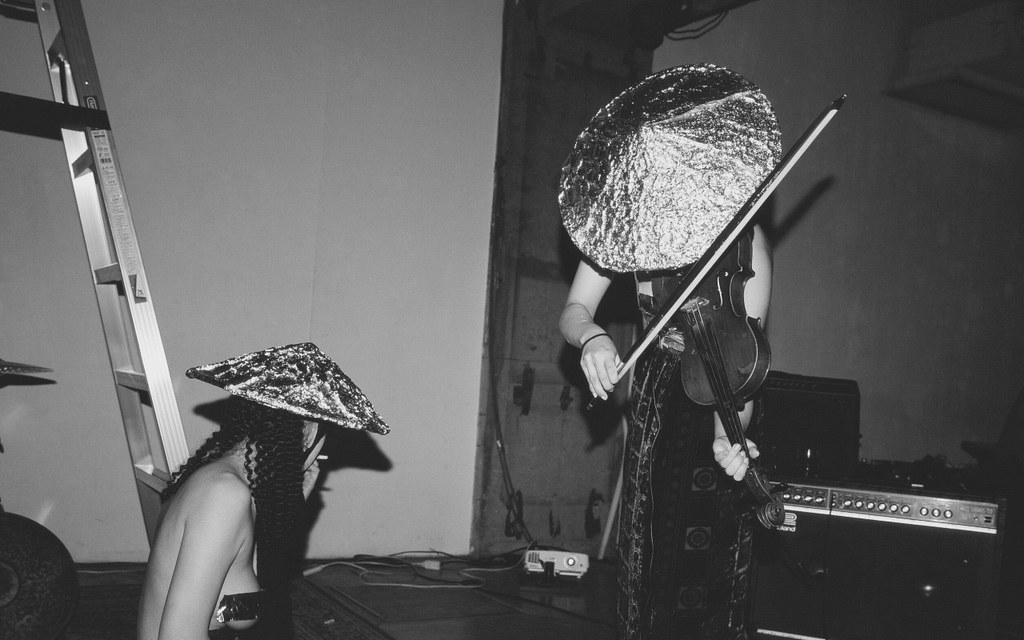 You just released your third album, 70 + a =. Can you tell us a little bit about your thinking behind this record, and the direction you headed in musically?

Tommi: After our first small tour in Europe in May last year, I felt like we needed to make a new album for the next tour as it was going to be our first proper tour, and it had been more than a year and a half since we made our last record. We already had some unreleased tracks we wanted to put, such as ‘Suffocated’, ‘Labyrinth’ and ‘B.O.R.E.’ so we just worked on a few new tracks to go with them. In Japan it was the 70 years anniversary of the end of the Pacific war in the summer last year, and in that memorable year the government was debating the national security bills that would expand the roll of the self-defense forces. We had the great constitution of Japan which have kept us away from wars for 70 years and now it was going to be destroyed. So it was very controversial and a big topic for even young generations like us (before that politics wasn’t a very common topic for young generation in Japan). There were loads of demonstrations going on too, and we were just full of anger at the government, and fear for war. So we put all that feelings into the new tracks, naturally became quite political, lyrically. One of the tracks is about a teenage victim of Nagasaki atomic bomb. Now you could probably guess what the title means, it’s an album group A made on the 70th anniversary of the war, the result is what you can hear through the album.

And this was the primary motivation behind making the album?

Sayaka: Angers to the government led ourselves to make the album. In terms of musical influence, I just explored something from very deep inside of myself while we were recording. 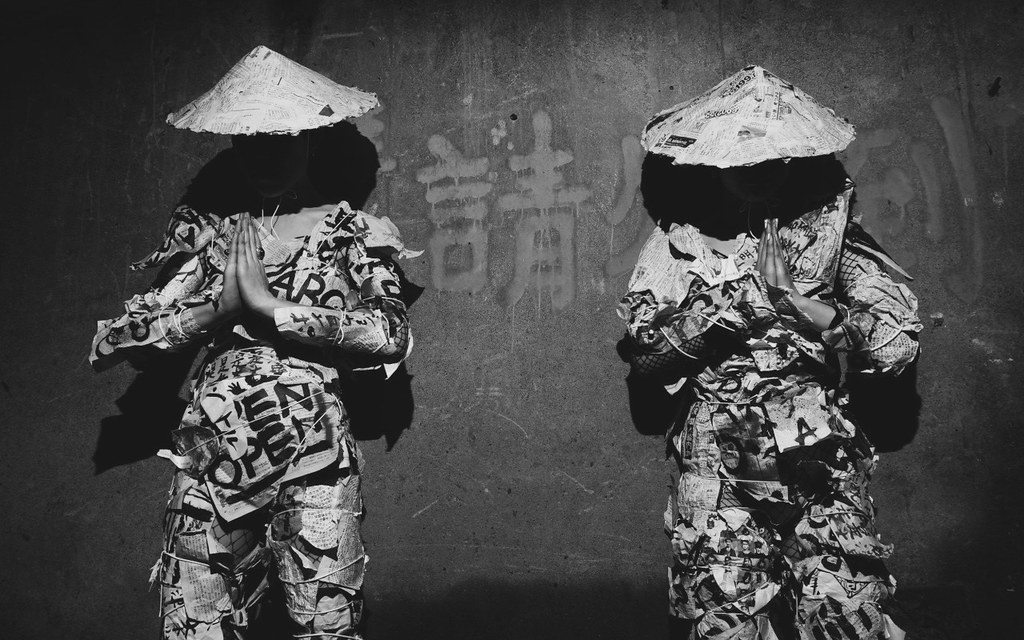 I understand that your album was recorded live at Tokyo’s underground venue, Soup. One thing that has struck me about Tokyo’s venues is how quiet all the venues were, and how early they closed. Has it always been like that? How is this effecting the music scene in Tokyo?

Sayaka: Maybe it’s because we don’t have a night bus and everyone has to catch the last train so all the venues close early. We also have some stupid law that prohibits the late night opening of clubs. It really is a big shame we don’t have much of a club culture in Japan.

It’s interesting because the live shows seems so central to group A. It’s almost like performance art.

Tommi: We never try and focus on performance, we just happened to dress and perform like that. Watching a show or a gig is an experience. It’s not just about the sound, but also what you see, feel and smell. You should be using all your senses. As long as there is an audience watching us we would like to give them the whole experience.

Sayaka: We always try to make the records sound very ‘live’. We’ve been listening to lots of 70s-80s music and what fascinates us is the rough (a little too fuzzy) sound from their original recording. I also listen to high-resolution music which is great obut when it comes to group A, we love to package the full-energetic sound as we explode on the stage.

Tommi: The latest album was live recorded but the 2nd album was different, quite opposite I think. It’ll keep changing, depends on the theme of the record. Every album is different.

Sayaka: We have just set up our studio in Berlin and started jamming. There are some hint of new songs and they sound quite different from other group A works… hopefully releasing a new record on vinyl, and we are hoping to play many festivals in EU too, we are very much looking forward to it!