home/interviews/ No Gate, No Lock, No BoltMax Richter & Yulia Mahr

No Gate, No Lock, No BoltMax Richter & Yulia Mahr

Tonight will see the opening of ‘Sound and Visions’, a weekend of concerts and screenings curated by Max Richter and Yulia Mahr. Held within London’s colossal Barbican Centre, the weekend will host an eclectic program of 18 audiovisual events. Music and film are given equal weight over the next few days. There are scheduled performances from Richter himself, as well as Colin Stetson, The London Syrian Ensemble, and a performance of Bach pieces by Víkingur Ólafsson. But there is also a broad range of cinematic highlights, with projections of Maya Deren, a documentary on Meredith Monk and even soundtrack work from Grouper.

But what ties all of this together? Richter and Mahr have worked together for over 25 years as part of StudioRichterMahr, a collaborative home for their respective creative projects, with aim of covering, “all manner of collisions between sound and image”. Richter and Mahr have written that the upcoming weekend also has an aim, and one that is equally nebulous. “‘Sounds and Visions’ sums up one of our central concerns”, they write. “[T]hat creativity exists as a social project that can illuminate the lives of individuals and society as a whole, and that art exists beyond all boundaries.”

To help unpack this, and to discuss the weekend ahead, we caught up with Richter and Mahr to talk Stravinsky, rocket cars and Virginia Woolf.

Tell us about the work you have done together - Why do you think you work well together? Where do your creative differences lie?

(MR) Like most creative relationships its actually quite tricky to define where our work starts and where our “ordinary” lives end — everything is related and everything influences everything else. In a way there is a seamless continuum between our daily “what if?” conversations over morning coffee and the final works, either musicial, visual or filmic, that are the outcome of this process. It is hard to define origins and boundaries over a 25 year span: the simple version would be, “we talk about stuff we are working on and then we work on it, sometimes together, sometimes apart”, but beyond that there are no rules. I am not an image maker, and Yulia is not a musician, but the thematic and intellectual cross fertilisation is a constant.

(YM) StudioRichterMahr is an incubator for ideas and I love that. It’s dreaming and scheming and trying to see if an idea amounts to anything. We work well together because we really like each other. Because, while we share a set of values, we are actually very different people. It’s fiery and we argue all the time, and somewhere in the middle of it all we find interesting paths. We don’t always agree on the outcomes but that’s part of it! We don’t always work well together actually, but that’s also OK. I feel like we are only just getting started in a way. You really need to have been at something for a long time before there’s anything there.

Tell us about the Sounds and Visions weekender – how did it come about? Why did you want to do it?

(YM) We’ve been talking about curating together for a long time but it never felt right till now. A couple of motivations lie behind the program. It is a chance for us to make the repeated case for the connectedness of creative languages and for our vision of the role of creativity in society. Creative work exists beyond genre boundaries, and can break them down in other spheres. It is also, of course, a chance to see and hear the things we ourselves wanted to experience.

I was intrigued by the artist choices. At first it seemed unusual to put Colin Stetson & Caterina Barbieri together, but now makes a lot of sense to me. Can you explain a little more about your artist choices for this event?

(MR) In the case of Colin and Caterina there is a link that goes beyond genre, and that is the psychological hinterland in both artists work: each in their own way point beyond our normal experience. Transcendence is the link — one of the most powerful experiences creativity has to offer. There are other, more obvious pairings, for example the two visions of Bach offered by Víkingur Ólafsson and Will Gregory’s Moog ensemble, or the different visions of the solo producer instrumental music presented by Jlin, Kaitlyn Aurelia Smith and Clark. 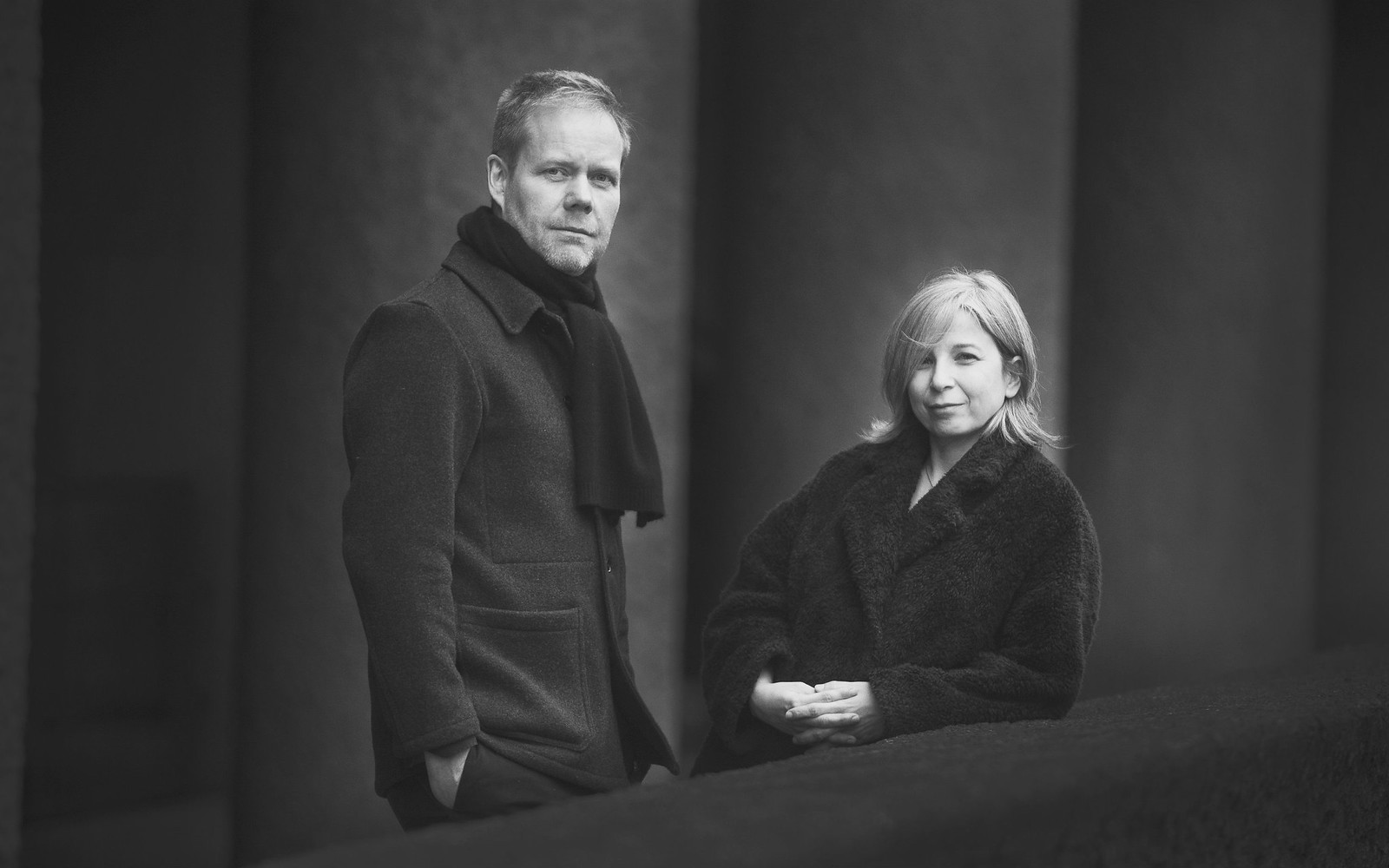 ‘Sound and Visions’ is a broad theme. What, if anything, links together the likes of Waltz with Bashir, Jlin, Maya Deren, Bach and so on?

(YM) It’s really more about making connections between artists than anything else. What speaks across time and creative languages, where are the fertile meeting points that could lead to something else? In some cases we are making a political point with the pairings or events, in some cases a creative argument. Sometimes it’s about shining a light on something that’s almost forgotten (the Stravinsky film for example). Uniting everything is an interest in pushing and opening boundaries, there are no solid boundaries, just porous ones always in a state of flux.

A lot of what we are presenting is work by artists who pose questions and explore ways for creative work to shake up our preconceived ideas about the world we live in. Charles’ and Ray Eames’ visionary Powers of Ten or Harvard’s Sensory Ethnography Lab’s Ah Humanity are excellent examples of this in the film program, while Max has programmed a work by his teacher Luciano Berio, whose 1968 Sinfonia asks similar questions in the musical sphere.

(YM) Actions in the world are social actions, and musical and creative actions are no exception, so the question of the social role of creative work comes up immediately. In this program we are presenting the world we believe in — diverse, egalitarian, open, searching. As to boundaries, we will leave Virginia Woolf to answer this one: “Lock up your libraries if you like; but there is no gate, no lock, no bolt that you can set upon the freedom of my mind.”

Tell about your relationship to Barbican as a venue – what was your thinking in hosting the weekend there? How does the event relate to Barbican’s architecture?

(MR) The Barbican itself is one of our favourite places to be in the city, embodying in its architecture the tremendous, maybe utopian, optimism of the modernist era. Do you remember when we were all going to be flying around in rocket cars? That’s what the Barbican feels like.

Max – what can you tell us about the premieres you will be performing? What can we expect?

(MR) We are playing my 2010 record INFRA, in a new large ensemble version, as well as Three Worlds, both music from my collaborations with Wayne Macgregor at The Royal Ballet. Both works fuse instrumental and electronic languages, but are quite different in their texture. INFRA (the title is from the Latin for “below”) is a meditation on the 7/7 London bombings, while Three Worlds is a very wide ranging trip through three novels of Virginia Woolf, scored for a massive orchestra, electronics, vocals, surround sound…

Finally, I would be curious to learn about your thoughts on the future of soundtracking (or more broadly, the coupling of sound & vision). Where do you see film heading with regards to its use of music? What hasn’t been tried yet?

(YM) Sound-tracking is in a tough spot. In more mainstream cinema, composers are really tied by the temp track phenomena and by having to deliver in stems. In cinema you are only as free and as good as the director lets you be. This is partly why I show some films where there is a more egalitarian relationship between filmmaker and composer (the three shorts). You can hear the time in these scores! Today’s sound-tracking is so rushed.

But there is also great freedom coming through. Ah Humanity! from Ernst Karel, Verena Paravel & Lucien Castaing-Taylor (which unsurprisingly comes out of an academic rather than commercial environment) is a great example of this. And there are a lot of scoring projects stemming from the initiative of the composers (let’s see what Clark comes up with — so excited to see this!). Even in mainstream cinema I feel there is, at last, an acknowledgment that the last fifteen years or so have just about strangled cinema scoring and this has led to increasing acceptance of experimentation once again.

Find out more about the festival here. Today also sees the release of expanded new editions of ‘The Blue Notebooks’ by Max Richter, in celebration of its 15th anniversary, pre-order here.