In April, Hazina Francia aka Petit Singe released ‘Akash Ganga’ via Milan’s Haunter Records. A frenetic mix of ruptured breaks, reverb-soaked vocals and contorted modulations, the release seems something of a turning point for both Francia and Haunter, marking a sound which seems somewhat uncharted to my ears. The closest I can describe it is to suggest imagining Shackleton working with an imprint like Staycore; complex polyrhythms work to dizzying climaxes between off-the-cuff sample abuse and deafening action-film stings.

The release is also somewhat personal in nature for Francia. She was born in Bengala, India and a track on the album refers to the date she was first brought to Italy by her foster parents for example. Sonically, the LP is also littered with references to her heritage, incorporating polyrhythms and tabla drums heavily.

Following the mini-album’s release, we caught up with Francia to talk astronomy, the Macao occupation and graphic design.

‘Akash Ganga’ came out in April. Tell us a bit about the release and how it came together and how it ties in with your recent ‘KIND A’ 7”.

‘Akash Ganga’ is my first real work. I mean it’s been a long task. I made a lot of research over the years, I took my time to think about the mood of the tracks as well. ‘Tregua’, which was released on Haunter in 2013 was quite different; it was simpler, an instinctive work. Totally different actually. There have been many changes in my life in recent years and my musical standards have been influenced by that.

I wrote ‘Tregua’ in an impulsive mood. It came together really fast without thinking. ‘Akash Ganga’ is a more thoughtful work. I took a lot of time to write it, listening to a lot of music and catching influences day after day. A long time past so we decided to release two different tracks I was working on, on a 7”. These two tracks are in the middle of this route.

As you mentioned, both your releases have come out on Haunter. When did you first meet Daniele and Francesco? Which of the previous Haunter releases have stood out for you?

I have known Daniele for a long time because we come from the same city in Romagna. We first met many years ago through commons friends. Forlì is a really small city, so you know almost everyone, it’s incredible. At the time we played on our own, but our personal project Heith and Petit Singe weren’t ready yet.

We met again in Milan and consequently I got to know Francesco as we started working to ‘Tregua’ release. We met at some event in Milan to promote Petit Singe. I really appreciated ‘Silence Will Expire’ by Heith (Daniele) and ‘Meet Your Doom! (Green Death)’ by Weightausend (Matthias), who mixed ‘Akash Ganga’. 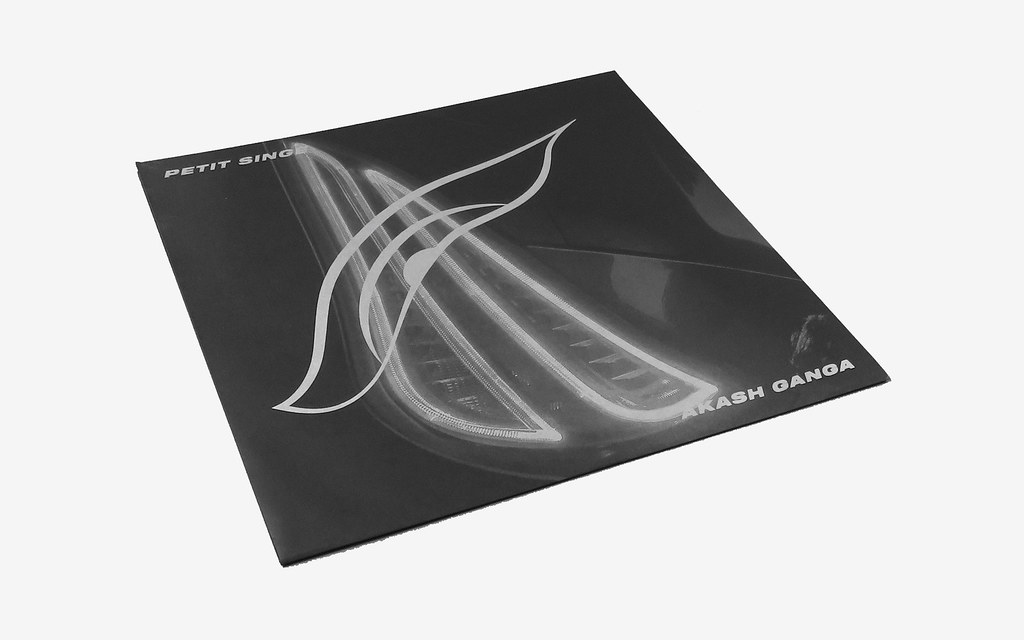 I’m intrigued by Macao in Milan - have you been to events there? I had read Haunter do quite a lot with Macao. The project began with the occupation of a skyscraper occupation in 2012 I believe, do you remember the occasion?

No, unfortunately. I wasn’t in Milan, so I can’t remember the beginning of Macao. I started attending in 2014 in the new location in Viale Molise. I often go there for music events such as Dance Affliction or Saturnalia Festival. Haunter’s showcase with Moro from NON was really memorable too.

The venue is really amazing. Many artists want to play there for the atmosphere in general, and the schedule of the club night. It’s so big; sometimes it’s totally open to the public; sometimes just a restricted part, it depends on the particular event. Macao hosts many different kinds of events; art shows, talks, workshops, live concerts and festivals.

The press materials for ‘Akash Ganga’ mention personal references in the track titles - for example ‘27.09.87’ being the date your foster parents brought you to Italy from Bengala. Are there other things to pick up on? I read Akash Ganga is the name of the Indian Airforce skydiving team, also created in 1987. Is there a link here?

(Laughs) I really didn’t know about Indian Airforce team, it’s just the case! I chosen the name because of my passion for astronomy and stars in general. Akashi Ganga means Galaxy in Hindi. I don’t know how I first got into astronomy - I never studied it for real, I’m just interested in the stars, and the night sky. Sometime I go to the Planetarium in the city - I like it so so much. It surprises me every time.

The whole album is linked to an Asian mood; the graphics, the titles and the sounds. There are a lot of tabla or Indian references in my works for example. It’s the case with ‘Tregua’ too, and I also think they will be present in the future, because I really love tabla sounds and melodic Indian chants. I often mix them into my tracks during live sets.

Tell us about the types of music you grew up with. What were your first introductions to electronic music for example?

I listened to a lot of hip hop, drum and bass and hardcore music during my teenage years. Sometimes I get hung up on some genres, but even when I was younger I combed through all kinds of music. From Pop music when I was a child to electronic.

You were in London for a show on NTS a while back. Was that the first time you’d been to London? How long have you been DJing for, and does what you play on a station like NTS differ from what you would play in a club?

Yes! I played at NTS Radio in March. It wasn’t my first time in London, but I never played there before. I recorded a guest mixtape for Egyptrixx’s Halocline Trance show on NTS in the past, but I have to admit that being there is totally different. I was really excited for that. I was nervous, but everything went well in the end! I’ve never DJd and I don’t want to do it the future, it’s not my purpose.

When I mix, I use Ableton Live. I like it, even if I don’t make sets with standards CDJs. I enjoy making podcast and playing club sets too. When you start making music, you have to be ready for any kind of request; from a warm up set, to a club, live or a radio show. I think being prepared for anything is really important for a producer.

The artwork for the release is by Giorgio Di Salvo. Tell us about that - did you have much input on its design? How did you first come across his work?

I know Giorgio for his collaboration with Marcelo Burlon. From that moment on (it was the period I moved to Milan), I start following him for graphics, music projects, and events. When I was thinking about the mood of my work I immediately thought about his graphic style. He has designed an amazing poster too, included in the mini-LP.

He was totally free to design the artwork. I sent him a moodboard to refer to with some images i chose from the web.

Where are the vocals on the EP sourced from? Are they your own recordings?

I like sampling indian voices in general. but for ‘Akash Ganga’ I asked Elettra Esposito, an illustrator from Perugia with a really beautiful voice. I asked her to send some recorded audio and then I mixed it into my tracks.

Finally, what’s next for yourself? Any further releases on the horizon?

Next is the ‘Akash Ganga’ remix release. I asked for the remixes through the label. We discussed the collaboration and in the end we decide to ask to Aïsha, Jesse [Osborne-Lanthier], ZULI and the homie Weightausend. I think it’s a really good selection. Right for this work.

I’m also going to release two different tracks this month or next for Stoscha alongside Air Max ‘97, Carl Simon, and some others. There’s another track for Midlife collective. It will follow a feature with 111X for a personal digital collaboration project. I’m working on some videos too, which will be released this summer.