Manni Dee’s contribution to techno has been a strong one. His presence is felt through a litany of EPs, each more complex and subtle than the last. It is perhaps best defined by staggeringly precise production and titanic dynamic shifts. It is also unapologetically bold: overdrive and metallic percussion battle one another in deafening cacophonies. But yet you can find his work through a diverse collection of labels from 2nd Drop to Black Sun to Leyla.

Another, less well known side of his work operates under his Nuances moniker. Here, Manni takes a more introspective approach, teasing out intimate and delicate ambient recordings. In this sense, the two projects almost couldn’t be more dissimilar. His techno EPs are tough and striking, designed to fill clubs and shift bodies. Nuances by contrast is inward looking and meditative. And yet listening to these two projects side by side, there appears to be an indescribable continuity between them. A conceptual underpinning that manifests in two very different ways. Ahead of his performance at Electrowerkz this weekend, we caught up Manni Dee to talk about these two projects, as well as Iggy Pop, Sartre and the New Romantics.

So you grew up in Wolverhampton, what was the music scene like there when you were growing up? Were there any clubs around?

Pretty much non-existent, the music scene was relatively silent. No clubs, only Yates’.

I nearly got head-butted in the Brighton Yates once. This guy was really pissed and thought I was laughing at him, but he was too drunk and missed me completely.

I saw two Arsenal fans fighting the other day outside Islington Mill. It was such a huge contrast between seeing William Basinski in a church with these awe-inspiring lights and walking by a couple of drunk football fans having a scuffle on the ground.

What do you think of Basinski’s live shows? I remember seeing him at St. John Hackney playing Nocturnes, and people were whooping and cheering at the end… it’s not really the kind of emotional response I usually associate with William Basinski. It was as if he had just played ‘Back in Black’ or something.

Yeah I guess there’s not much of a ‘performance’ going on but I forgive that because the experience of the shows are so beautiful… I also like how he dresses like Iggy Pop. There was this drunk guy next to us who fell asleep on my friend’s shoulder about three times. As we were leaving the venue we heard him say to his friends, “oh yeah it was a really transcendent experience”.

What about your own ambient project, Nuances? I understand you have a new release out?

Yeah I have a new ambient cassette out on Total Black, which is this Berlin label that just put out some of Shifted’s ambient work. The turnaround was crazy, it got signed on Monday and was out by Thursday.

How did you come up with the titles for the first ambient cassette you did on Bastakiya Tapes? What is your thinking behind the project?

That’s a bit of a secret… But that project, I only just realised, is about loss and things coming to an end. Whether that’s a relationship, or just life in general. I’ve been writing music under that alias for about three years now but I’ve only just realised that for the most part the music is about destruction, and acknowledging and coping with the inevitable end of things.

Is that why you have press shots with fruit?

(Laughs) yeah, it’s all about the degradation of food. I never get round to doing press shots, I kind of hate them. I want to recontextualise what a press shot can be anyway. With that project, the press shots are a kind of extension of the music. Techno press shots are just so dull. I could have been on that DJs looking sad Tumblr way too many times in the past.

I guess it often seems appropriate if you’re making dark music to have a photo of you looking miserable. For some people it really works. Ontal’s drab press shots fit the mould, but having Ben UFO in greyscale in a carpark looks a bit ridiculous because he seems like quite an upbeat guy.

Yeah Ontal’s visual aesthetic fits the aural side of things. They’re amazing, it’s always good to have their material to play out. 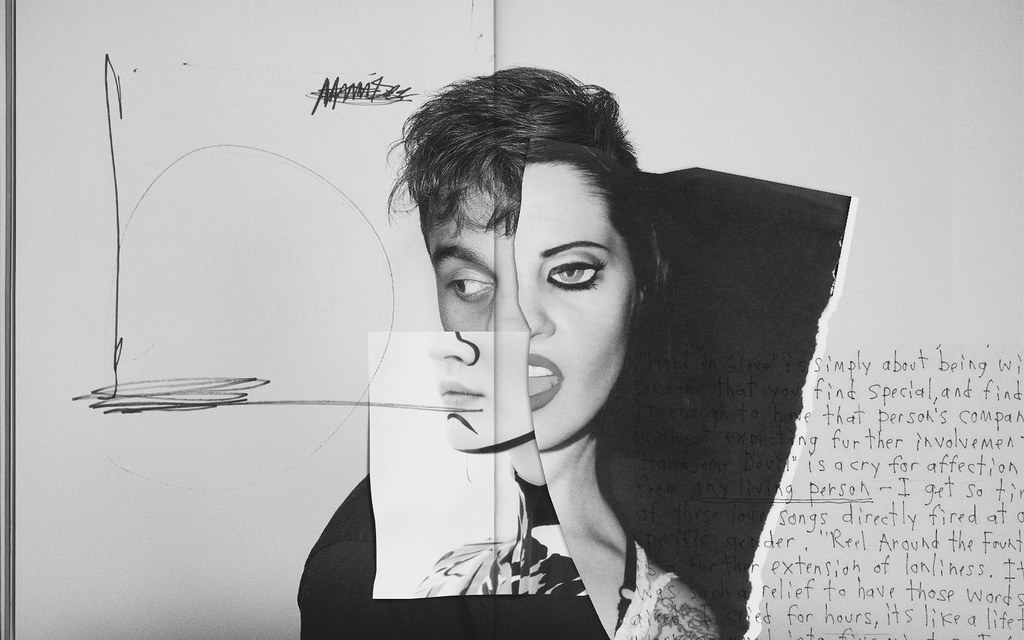 I remember when you did your Nuances show on Radar, it was like a semi-improvised live show. Is that how you write the material for the cassettes as well?

Yeah a lot of them are; the live sets are just an extension of how those tracks are composed. But it’s completely improvised. I do a bit of sound-prep beforehand and then just chuck it all in. It feels so intuitive, it’s like reaching inside yourself and throwing something onto the canvas and it’s done. It’s more cathartic in a sense, more personal. You don’t have to procure it or fine tune in any way. That’s what I love about the project: it’s not catered for anything in particular.

In terms of process, how do the two project differ?

Both my Manni Dee and Nuances projects stem from a fascination of sound but they manifest in completely different ways. I think the techno stuff is more about energy, and what the sounds are doing and how they communicate. I’m really interested in the autonomy of sound. Sometimes you can take the passenger seat and the sound will just drive you along, even though your intentions are totally different. You can begin with a kick drum and it can somehow turn into a synth line or something, you just have to let go of the reins once in a while.

Is it weird playing the ambient stuff live?

Yeah, there’s rarely a visual gauge in regards to the audience’s reaction to it. There’s no inappropriate cheering and whooping like there was at William Basinski. I’m really interested in seeing how you can push a crowd when playing live. I remember Surgeon once said to me that he likes to get a crowd to a certain place sonically and then see how long he can keep them there for.

I’m a big fan of your ‘Habits of Hate’ project with Happa. Do you like collaborating?

I prefer working alone. Me and Happa both work in a very alone-kind-of-way. Probably because we both have a very specific way of working. And it’s such a personal thing making music. I make music for ‘that moment’. Some people call it the flow state. It’s so blissful, it’s not like any other kind of bliss.

Tell us about this upcoming Loose Lips show on April 8th, who else is playing?

Florian Kupfer, Nick Dunton, Chloe Frieda from NTS (really looking forward to her set.) I really love Electrowerkz as a venue. It has such a rich history in Industrial music, you still get those Industrial heads going and there seems to be almost no pretence around the venue. It reminds me of a throwback to a New Romantic period, where going out wasn’t just something that flippantly occurs on the weekend, it was something that people got dressed up for and looked forward to all week. It was clubbing as a kind of escapism.

You have an EP entitled ‘Being & Nothingness’, is Sartre an influence for you?

Yeah I would definitely say I’m an existentialist. I think it’s the way I naturally feel but then I just found a name and a philosophy for it. I believe that stagnation is the enemy of the existentialist. As soon as I’m done writing one thing, I’m on to the next. One of the hardest things for me being a producer is listening back to masters. It’s almost like visiting an ex-girlfriend and seeing that they’re doing really well (laughs). I’ve spent so much time with those sounds and now I have to sit and listen to them three months after I’ve had closure on them.

But I think of my music as like a feedback loop; my life, what I read, my philosophy. I know a lot of producers think of making bangers as separate but it isn’t for me. It’s one and the same. Having a reference to a book like that might seem obscure for someone on the outside, but for me, it’s not. It’s very much infused in the music. I can see how someone would think of that as pretentious, but people must remember that music is art, and there’s always licence for pretence in art.

There seems to be an attitude at the moment that dance music isn’t allowed to be serious or too meaningful, but clubbing can hold some really formative experiences.

I always think about how clubs bring communities together — when I go clubbing, I spend about 70% of my time in the smoking area talking to people that I love about music. In such a chaotic city, it’s so important to have somewhere to retreat to.

You can catch Manni Dee at the Loose Lips showcase on April 8th at Electrowerkz.

Prev in interviews: We Are Ninja: group A