Weird Music From EnglandTT in Focus

Our ‘In Focus’ series looks at the role of record labels today. Although a lot of music journalism explores the creative process of individual artists, little time is actually spent on the structural mechanisms by which artists release their material. In this edition, we spoke to TT (formerly known as Tobago Tracks). The TT roster is somewhat hard to summarise due to its internal variance. You can hear everything from grime to ambient here, yet the TT watermark is always audible. Part of this variance is down to the structure of the imprint itself. Formed by DJ Pitch in 2013, it is now run by two heads instead of one, with Gribs joining the imprint last year.

DJ Pitch and Gribs have very different backgrounds. “Dance was the thing I believed I was going to do forever until I was about 20”, Gribs begins, “…so my main knowledge of art, theory, history and training came from that field. I read this book by George Balanchine that basically said a strong knowledge of music is a requirement to become a great dancer and I took it to heart. When I was going to dance classes, they would play the weirdest shit. Sometimes it would just be someone reading a poem, people breathing into microphones and so on. Other times you get a pianist playing these really corny versions of classic songs like…”, Pitch intercepts, “…My Heart Will Go On?” Gribs confirms: “Literally”.

DJ Pitch’s background, by contrast, is “the complete opposite”. “I trained classically and studied the first year of a classical music degree as a pianist”, he explains. “But I found studying music killed all of my passion for it, bizarrely enough. I spent all my childhood playing in bands, playing jazz, and singing in choirs. Back then I thought all electronic music was just corny, something you took drugs to and nothing else. When I was about 19, I started going to warehouse parties and it helped me understand why electronic music was popular. When I was playing in bands, I hated writing songs, especially the lyrics, but I realised you can express yourself through processes like synthesis. That was a big wake up call for me.”

With these backgrounds in mind, the output of the label must satisfy the slim intersection of a musical Venn diagram. “We have an actual Venn diagram of our tastes somewhere in a notebook of mine” Gribs explains, laughing. DJ Pitch clarifies, “the label has been doing ambient and experimental pieces from the start really, but it now represents both of our own tastes.”

The issue with many labels is how to comb through these tastes. If the output was purely an expression of taste, the output would be theoretically infinite. How then, do you decide on the ‘TT Sound’? Gribs answers, “there’s loads of music that I listen to which I love but wouldn’t necessarily work as a TT release”. Pitch adds, “yeah you just kind of know. There’s a quality control to running a label too. I only want to put out the best of a person’s work. But I also want it to be artist-driven, to release music from artists that really believe in their vision. Like that Sylvere release we did — his work mostly draws from UK Funky but he made something that fit TT perfectly.” For Gribs, this is a highlight, “that might be my favourite thing we’ve put out… at least ‘The Promise’ is the track I’ve listened to the most, even before I was involved with TT.”

Historically, the most legendary imprints are the ones that have forged a sound that is synonymous with the label. But this isn’t always possible for output that aims to be expansive. “I don’t even know if that is even feasible for us”, Pitch resumes. “If there is a sound, it’s so broad, it’s just ‘weird music from England…’” Gribs responds, “I’m okay with that definition to be honest, that appeals to me as a consumer and curator.”

As part of this expansion, TT are also looking into incorporating film into their roster. As Gribs explains, “we’re working with a few artists at the moment who engage with film, it seems to be a regular crossover that we’re finding. I would love for that visual component to come through more in our club nights. For some reason it used to feel indulgent to be like ‘here’s a film on top of everything else’ but I don’t feel that way now”. Pitch adds, “I like it when you can look at an artist’s Instagram, and listen to their music and find the thread that weaves between the two. Sometimes a visual component gives you a setting or backdrop for the music. Most of the artists we work with don’t identify strictly as musicians — it’s broader than that.” 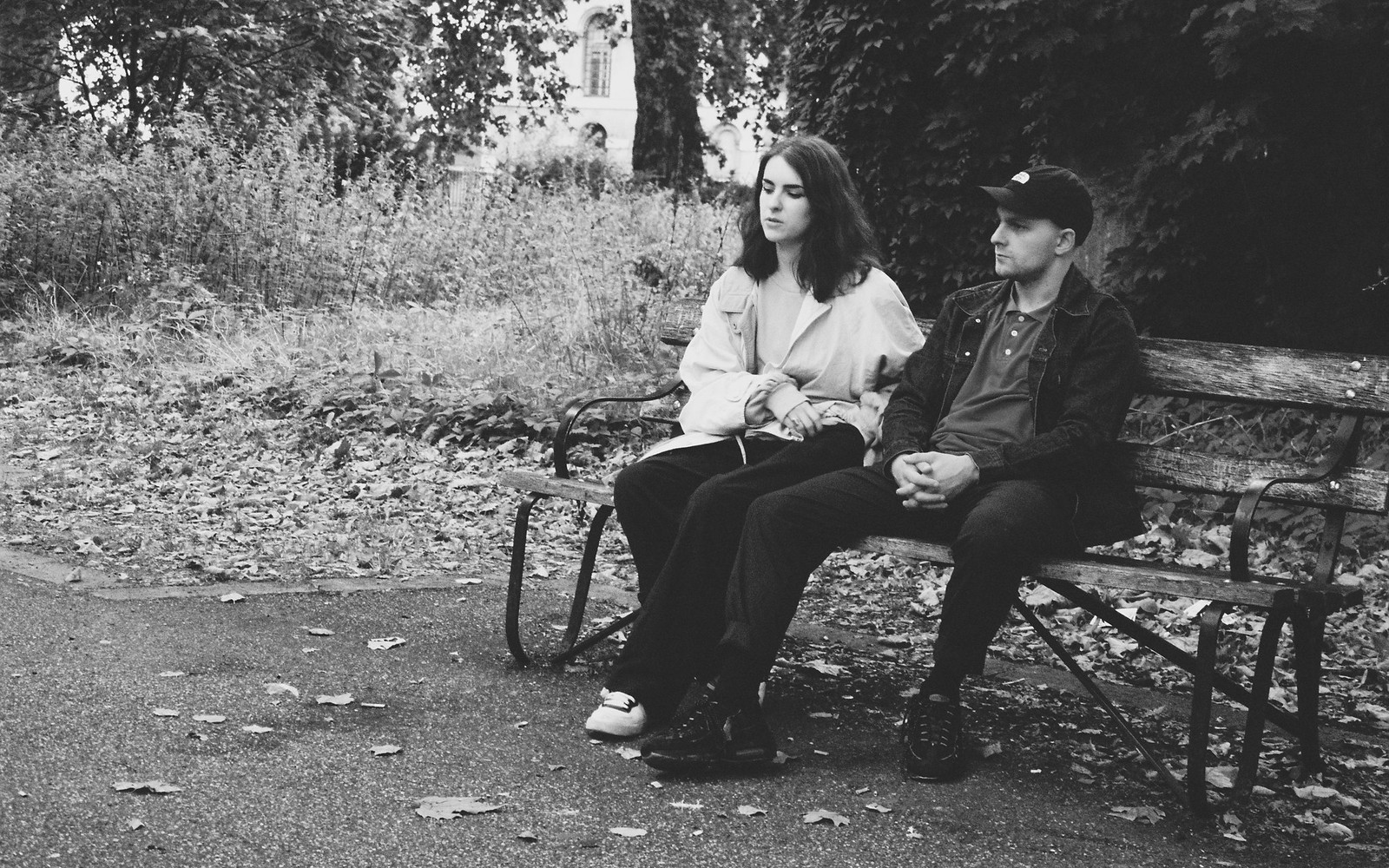 One of the questions surrounding labels today is how to compete with self-releases via Bandcamp, Soundcloud and the other online streaming platforms. Now, artists can release music themselves, without the need for label backing. In light of this, what is the function of a label today? Gribs replies, “you can’t be complacent with A&R, because when it’s done well in can have such a big impact for the artist. I think you can tell when people are being complacent. If you have the privilege of having a platform, especially one that receives press and attention, radio time and opportunities to do events, you have to be willing to put time into researching artists and making careful considerations about who you want to work with and develop.”

A label is also a space for an in-person community. As Pitch explains: “quite a lot of the artists I work with are people I know from years of putting on nights, producing and doing radio. Part of the joy of running a DIY label is being able to put things out super quick and still release a high quality product. But the majority of the music we find is initially through the web, like object blue.” The object blue release was something of a pivotal moment for the label, as Pitch clarifies: “it’s the thing I’ve been most asked about this year: did I expect it to be that big? I knew it would be really good, and really well received. In the months leading up to it, you could see that people were really interested in what she’s doing.” Gribs responds, “I like artists like Rena who also listen to a wide range of stuff. Her background in poetry and literature is fascinating, I like to see a path through different art forms, I guess because that’s similar to my background.”

Part of the issue with these self-releasing of online platforms is the placelessness of music. When artists are atomised into their respective artist pages, their sense of place and cohesion can be lost. As Pitch explains, “you have to stay engaged. If it’s all very planned and delivered digitally, then you run the risk of making the label placeless. The label puts our artists in alignment; not necessarily with each other but in alignment with an approach. We also give advice, we work with artists to help them get press, or a radio show, or to get booked for an event.”

As Gribs continues, this is where the ‘point’ of a label comes in: “we work with nourishing artists and developing them, not just releasing their music, because anyone could do that. We get artists asking us about tech advice, booking advice, we proofread bios, CVs, applications… I think it’s important to consider how much of your artist’s overall goals you want to help facilitate. Consistently though, it’s about helping people get their music heard”. Pitch concludes, “somehow we’ve lucked our way into a situation where people listen to what we put out, so now it’s just a question of platforming artists we believe in and giving them all the opportunities we can.”

The latest TT release from Litter Frog is available to stream now on their Bandcamp page.