It’s been thirty years since Berlin Atonal truly began. Walking from the U-Bahn to my hostel I pass SO36; the indigenous home to the festival during the ’80s. Considering it’s the club where it all started where acts like Test Dept, Psychic TV and Einstürzende Neubauten gave incendary performances during their most pioneering moments, it doesn’t look like much. It’s cartoonish blue sign looks faintly ridiculous sandwiched between shops and severely underwhelming in the face of Atonal’s new setting on Köpenicker Straße - a colossal building used as a heating generator prior to the collapse of the Berlin Wall. The literally named ‘Kraftwerk’ (power plant) has housed Atonal since its rejuvenation in 2013, yet the industrial, DIY ethos of SO36 felt as foundational as ever at this year’s Atonal.

Stepping into Kraftwerk’s cavernous main hall we were greeted by Chor Der Kulturen Der Welt, a panorama of choral vocals echoing around the concrete chamber. As the first act to perform, the group showcased the space perfectly, small ensembles of vocalists poised at different points around the upper hall, voices crossing one another in a disorienting barrage of call and response. 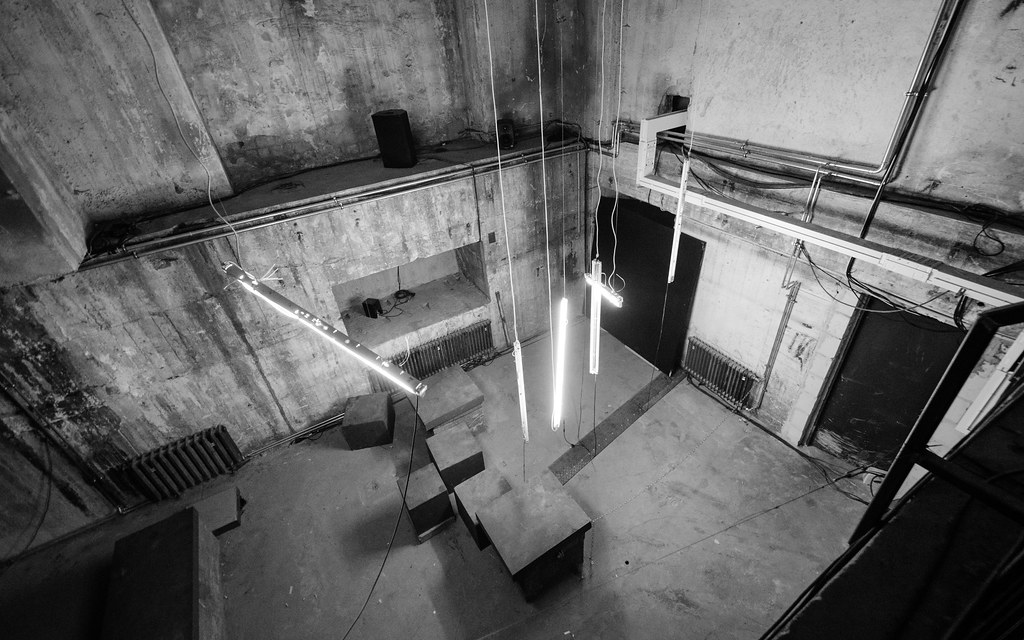 In essence I would be happy seeing anyone or anything in this space; it’s vast columns of exposed concrete and imposing, angular design makes Kraftwerk feel like an adventure just to stand in. This year, several other spaces had been opened up - you could wander down to the lower chambers and find yourself in the midst of strobing tubular lights or watching thick black oil pouring down a concrete sheet. Even if the broad array of visual installations amounted to little more than interesting selfie-settings for many, the multi-platformed extension of Atonal’s aesthetic went a long way to make Atonal feel like a more rounded experience: you left the festival with memories beyond the music.

For the first few days at least, many of the acts seemed to be paying homage to the architecture of the building itself. From Chra’s mix of crater-rumbling atmospherics and deep sea groans to the swelling shockwaves that Fis vapoured out into the room, it was difficult to imagine what Kraftwerk would be like silent. These sounds seemed as inherent to Kraftwerk as the dust which cakes its floor, or the cool, damp smell which fills the air.

The integration of other venues housed within the same building helped to counterbalance the homogeneity of the space, and provided some of the most interesting music of the week. For example, DJ Scotch Egg’s set of trip-hop breaks and fuzz-caked dubstep at the Ohm stage made a particularly welcome break from the ominous soundscapes upstairs. Playing alongside scratch DJs, visual programmers and an MC conjouring up multisyllabic rhymes that would put Doseone to shame, there was a refreshing lightheartedness to Scotch Egg’s set after a few hours of chin-stroking. I guess given the artist name we should never have expected him to take himself too seriously, however it still brought a smile to my face, as did seeing him later, cooking at one of the food stalls between being accosted by fans. Tapes also made use of Ohm’s counter-space, churning out unexpected gems of crunchy lo-fi reggae and jungle. 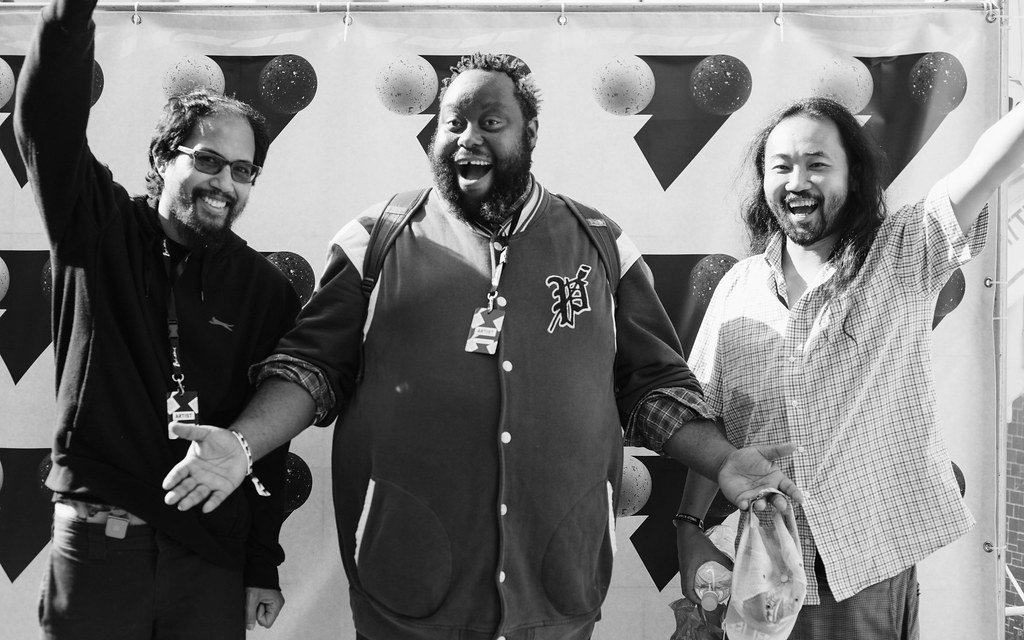 The Diagonal showcase hosted at the basement Null Stage came with similar theatricality. Blood Music for instance was another clear highlight, hammering away incessantly at a bass drum and snare with a murderous look in his eye. At one point, a drum stick flew towards an unfortunate heckler mid-track without missing a beat. We didn’t hear from him again. As the set progressed, Blood Music’s percussive battering became increasingly frantic, leaving the audience reeling in its wake and begging for more. Puce Mary too did nothing short of gloriously terrifying her audience, flinging herself from one side of the stage to the other and screaming incomprehensible mantras at ear-bleeding pitches, ascending into an almost unbearable wall of noise towards the end.

Perhaps one of Atonal’s most attractive features is the free entrance to its after-parties at the world famous Tresor. Without exploring firsthand its dark red labyrinth of tunnels before being crammed into the main chamber where the walls drip with sweat, it’s hard to put into words why the club has the status that it does. However, one can only imagine the power and intensity that a 6am set from Regis would hold there.

After bear-hugging Russell Haswell multiple times across his disorientating mix of mangled techno, squelching acid and drone metal, Diagonal label head Powell took to the decks with equal enthusiasm. Listeners of his NTS show will know Powell isn’t too po faced an artist either, spreading multiple genres across his set and managing to retain a sense of fun as he did similarly across his hyperactive live set the following day.

The festival had a definitively less exclusively electronic focus to its previous years. As if to cement Atonal’s legacy, we were also treated to a screening of Parisian filmmaker Amelie Revalac’s recent documentary on the history of industrial music, ‘Industrial Soundtrack for the Urban Decay’. Furthermore, we were also graced with a performance of the legendary and hugely influential Outside the Dream Syndicate, a collaboration between Tony Conrad and Faust. A single chord was maintained for the entire performance, as meshes of clashing strings and marching rhythms slowly intensified. As different elements came together OTDS’s acoustic drone grew locked into a hypnagogic trance, growing to a cacophonous climax. 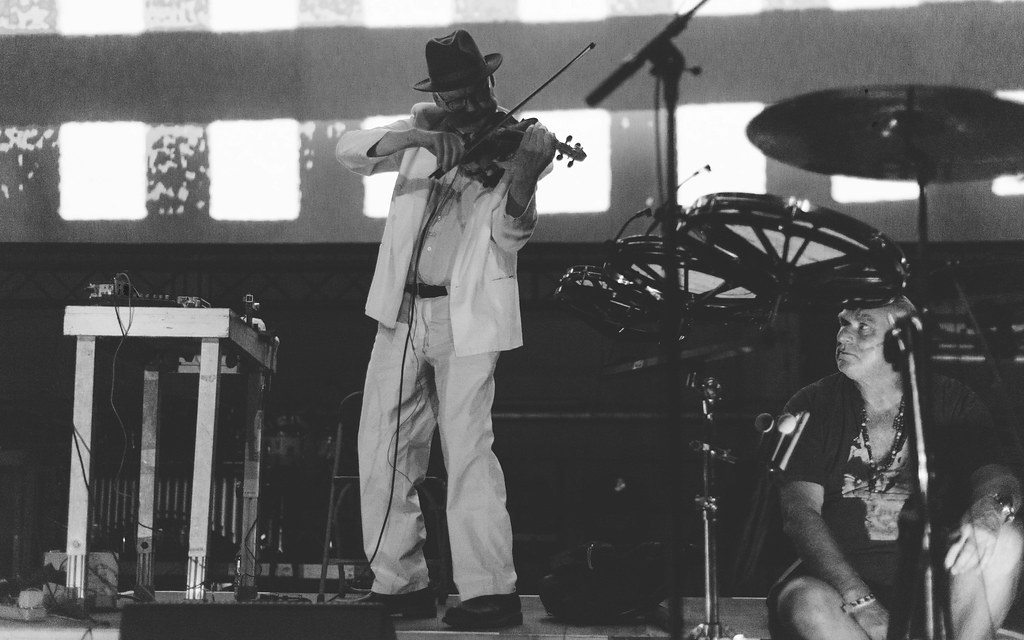 Shackleton followed later also tailoring his performance to something less exclusively electronic. Performing alongside three drummers, cascading rhythms pounded alongside featherlight melodies and ethereal, skittering soundscapes. This world premier of his Powerplant project showcased an inspiring evolution from his Music for the Quiet Hour, and established Atonal as a festival focused on the new and unexpected. Both the Shed and High High sets are also highly worthy of mention. It was a joy to witness a veteran of Berlin techno treat us to some of his greatest contributions, including potential anthem of the decade, ‘Rave’.

After Saturday night at Tresor, many audience members could be found sprawled across the floor, basking in the delicate tones of Ben Frost. His broad soundscapes felt like a giant metallic sheet passing over the audience, and as the week came to a close, we were encouraged to reflect on the bizarre and multifaceted nature of the venue and the festival itself. This time round it became clear that Atonal is far from being canalised into simply one kind of event. The successors who have inherited the festival from Hegemann have a bigger vision in mind; one that is inclusive of all styles reaching towards a similar aesthetic. With the increased focus on visual arts and film this year, it would be interesting to see how this develops, pushing Atonal to explore new and unexpected mediums. 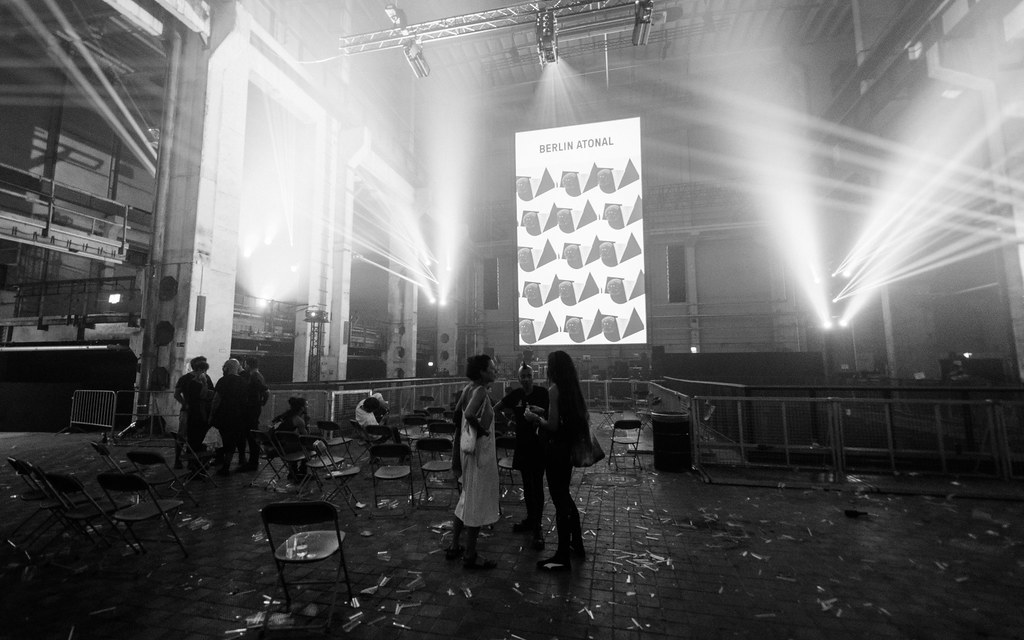