With the volume of labels seeming to snowball in recent years, a solid, unique identity has become all the more important for those thinking of establishing their own imprint. One such label which doesn’t seem to have struggled in finding artistic direction is London based SM-LL, the character of which is strongly linked to that of its founder, Martin J Thompson, aka Pokk.

“The main reason I ended up starting the label, was to be able to experiment and present the music and ideas that I am simply not experiencing with other labels and artists.” Thompson says of the label’s origins. “Don’t get me wrong, there is some incredible music out there; there is also plenty of stuff I am not so interested in, but ultimately there is more access to choice than there has ever been. Still, the actual output I am hearing seems overpowered by this access to choice, this ‘click click’ era we are in, and I felt the balance of quantity and quality was questionable, at least to my taste.”

So far the label’s output has been digital, categorised by Thompson’s ‘Default’ sub-header; a tag which he describes as “a starting point or a baseline to something more to come.”

“I still feel in many ways the label is very much in a pre-label stage at present, and I think it won’t be until the first physical record is released with the SM-LL0000 code on it, that I can really feel things are getting to a place I envisioned” Thompson hints at the future plans of the label.

“Default will continue on past the first vinyl release, so in that sense it’s not so much a thing that only exists before. Nor is it something that is only to be used a test bed, although that is certainly part of it. With Default it’s more a case of allowing something to occur between the two outputs of Default and SM-LL, a constant comparison and assessment of where we are and where we might go with it all.

Releasing digitally is something I am still adjusting to, it certainly has its good and bad qualities, but I am very much a person of my time, preferring physical objects.” With the first of the Default series authored by Thompson himself in September of last year, subsequent releases have come from Japanese producer Durusin, and most recently ‘en creux’ a new rhythmic project of sound artist Lucia H Chung, with whom Thompson has worked frequently in the past, perhaps most notably together as Mimosa Moize. “In all honesty I didn’t think it was going to happen for a long time to come until one day I got to hear the two tracks that I ended up releasing for Default” he states of the release.

“As soon as I heard them there was no question in my mind, they were a perfect fit and as a result it all happened very quickly. I really like her approach to sound, she listens and is able to take things much further than I would ever be able to. I really admire what she does, it’s this sort of micro distortion, really subtle in its details - not over-worked. It fits the label perfectly right now and hopefully reveals to the listeners what they might expect in the future.”

The three releases so far have all been characterised by their repetitious, minimalist nature; subtle variations and delicate production a defining feature. Perhaps predictably, many of these sonic qualities have parallels with the label’s visual identity, a feature which gives it a strong presence. “The visual side of SM-LL is very important to me” Thompson begins when asked about the label’s aesthetic.

“For a long time I understood these two worlds of sound and design with two very different mindsets. I struggled a great deal working in two areas and I found it hard to find anyone who found this a struggle like I did. I think it largely had something to do with identity, that we are defined largely, if not solely, by what we do. What we do is often confused with how we earn a living, and this often takes up most of our time doing something, so questions of priority occur. Quite often these two worlds don’t understand each other and I think it’s a long process of finding ways to demonstrate their compatibility, finding a personal voice for it.

When I work in design, and enjoy it, I basically imagine the sorts of processes I would use when creating music. I often talk about design in the same way to making a track, this really works for me.” 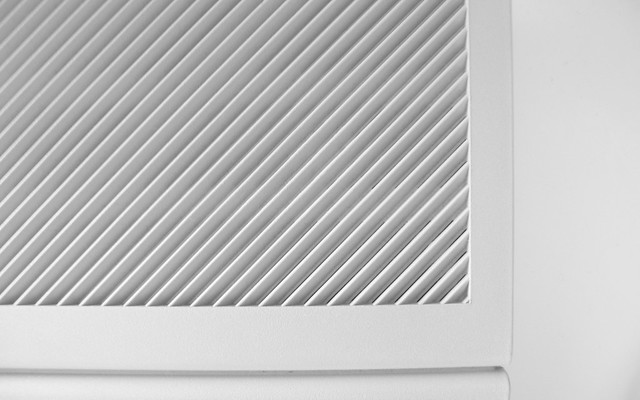 In both graphic work and production, Thompson has developed a rather interesting method of working; looking through the photos on SM-LL’s Facebook you can chart different formulations of the logo and artistic direction as it was refined. Similarly, Thompson’s online journal ‘Mono-log’ see’s him revealing productions at different stages of development, posting different audio sketches and experiments. “For a long time I would make work, and I might share it with a few people but that was it. I never felt it was good enough, or finished.” he says of this method of working in the open.

“It’s something I found really, really hard, but through taking my time and slowly forcing myself to do it everyday, it ended up showing me things that I could never have experienced any other way. I learned that I have no idea what I am doing…(laughs). I mean, I have a rough idea of how to make something as I want, but really, the goal is always over there somewhere and I know I need to go that way, but worrying about how, or if I screw up along the way, is not the right way to look at it. Ultimately working in this way has allowed me to let go a little, and work on creating new habits, let stuff happen, and basically just get on with it.”

The Mono-log experiments in fact gave Thompson a solid platform to get his sounds heard, leading to his debut release as Pokk on Swedish experimental label SonuoS. “Finn [Albertsson] and I started speaking online through a mutual interest in music as I really enjoyed one of his epic five hours mixes. I have to say I am not generally someone who listens to DJ mixes all that much, with the exception of a few, but Finn had something that I really appreciated. From this he started supporting my mono-log blog and basically really enjoyed the sketches that would eventually become the release. He picked out a few of the uploads that he wanted to hear combined and I worked from that. I finally presented him the result which he liked and that was it. It was a really quick process and for me this was massively important - It was done before I even had time to over think stuff.” Whilst the SonuoS release may have been the first release from the Pokk moniker, Thompson’s production history is extends back quite some distance. “I got into working with sound when I was ten years old, through a temptation to experiment with a big Kentucky Organ that was going to be thrown out.” Thompson states of his introductory experiences to music.

“It had been sat in the living room barely touched for a long while and then was moved to the garage ready to be tipped. I think being out in the garage, away from everyone, it created an isolation that really appealed to me. I guess it could be thought of as my first studio experience in a way.” Given these beginnings, how Thompson’s studio has developed is rather impressive to say the least. His passion for hardware easy to spot; during a recent interview with us Yves De Mey mentioned how Thompson had helped recommend him the Nord Modular which he now composes with.

“I made a decision a while back, to only buy and use equipment that I really enjoy using. So if I sit down and do nothing great in the studio, I can still come out pleased that I got the chance to explore these machines.” Thompson begins when asked about his setup. “I have been more conscious of what the machines I buy look like; how I use them, how it is set-up in the studio, what era it is from, who used them and for what, all of this. Even before I sit down to work on something I have these machines just sitting there, staring at me and wanting to be turned on. Music was something I didn’t get at first, I think I was hesitant to venture into something I knew I was fascinated by, until I understood why, and once I finally started creating my own, I was simply amazed by the whole thing, it was incredible, still is.”